That clipping does look very minimal, and according to Enphase it is compatible:
https://enphase.com/installers/microinverters/calculator

However, I do wonder about this myself. What does compatible mean? A strong argument for Enphase is that it will significantly outperform string inverters over the life of the system, but I don’t understand that if there is clipping every day.

Would be great if an Enphase expert could ‘enlighten’

I downloaded the recent production report which has data for every 5 minutes from the past week, and plotted it using Excel. After removing the ramp up, ramp down, and plateau data points I applied a best fit parabola to see what extra production the system might theoretically be able to produce on a clear day. Turns out that it could potentially produce an extra 7.5kWh! That’s 11.8% of the 63.7kWh that the system produced that day which is a bit more than minimal… 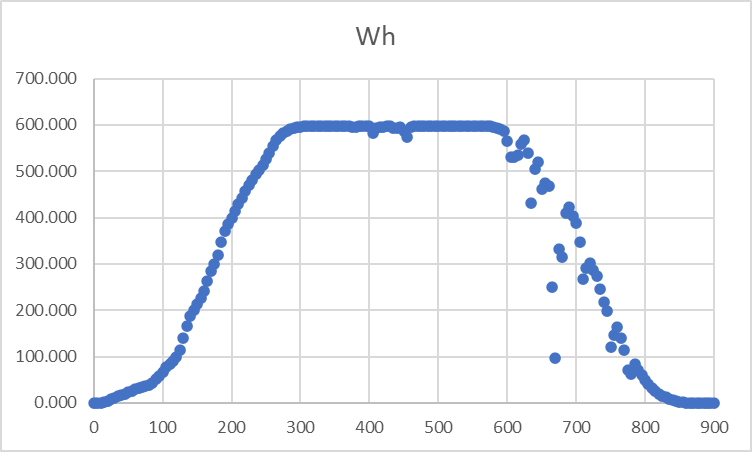 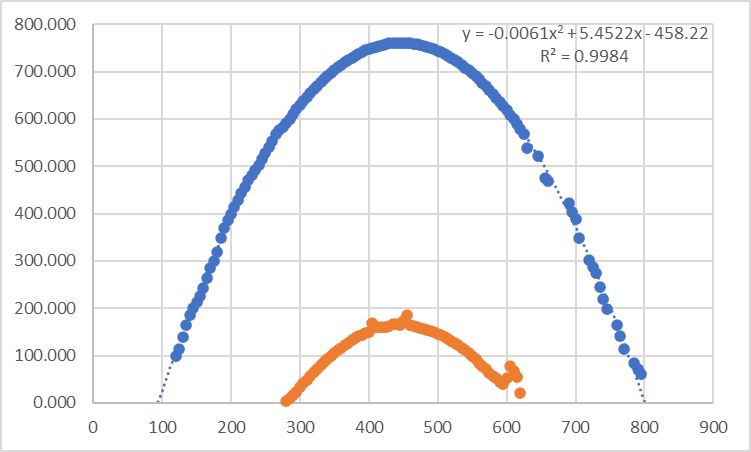 And just to make sure this is possible, here are some additional numbers.
The peak steady state output was right around 7200W, which for 24 panels is 300W per panel or the maximum output of the IQ8+ inverters.
The 450W panels are rated for 338W nominal max power at NMOT, which is 8112W for 24 panels. That number is only 1019W shy of the theoretical 9130W peak from the best fit parabola. Factoring in the 97% inverter efficiency and the production might be capped at something more like 7880W. That translates to an additional “real world” output of about 3.85kWh (assuming I did the math properly). That makes the IQ8M (325VA max continuous) the better inverter choice because it could extract max power from the system. The IQ8A (349VA max continuous) would also be fine even though it’d be slightly overkill. 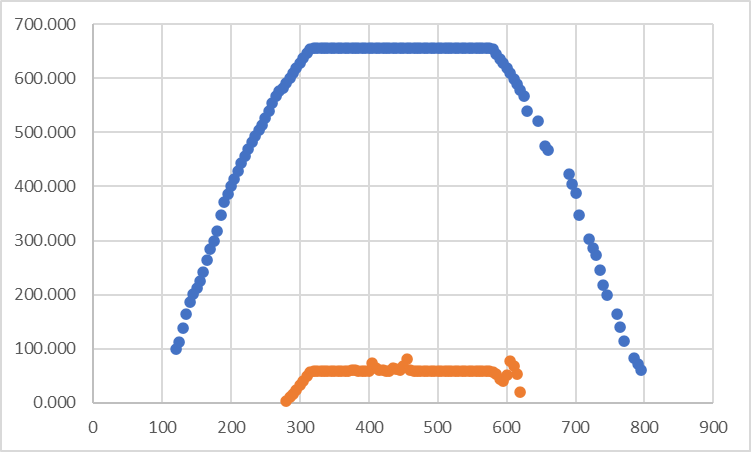 This is really useful insight, and indeed >10% clipping is more than minimal.

I find it hard to recommend Enphase based on improved performance when this level of clipping can occur.

What’s are you planning on doing with this info @bww129?

Like most people I relied solely on the expertise of our installer who based his recommendation on analysis from meteorological data to model the system output over the course of a year. It would have been best to analyze the solar irradiance at our location over the course of a month and then use that data along with the panel and inverter specs to come up with a better system model, but I haven’t heard of any contractors/installers that have the equipment or would take the time to do that because there’s no money in it. It’s easier for them to come up with a basic model that gives average results for most installations then just say the system exceeded their expectations.

Knowing what I know now, I would have spent the extra $500 for 24 x IQ8A inverters over the IQ8+ even if it only means that the system can produce a bit more output at peak times under good conditions.

If I were to change out the inverters is it as simple as disconnecting the system, swapping the inverters, and powering the system back up? Or are there some special steps that need to be done to initialize the new inverters? I’m not sure if it’s worth the effort if the contractor/installer needs to be involved because they’ll charge quite a bit more just for the labor.

As for swapping the microinverters out, this is far from simple. They are mounted beneath the panels, so you would need to remove all the panels to do so.