What are the factors that affect the inverter DC input ？

What are the factors that affect the inverter DC input and the Inverters max DC input current?

We know that inverters can convert the DC power to AC power, there are two types of electrical power going through the inverters.

Today, we are going to analyze how to match your panels with your inverters which makes your house get the maximum efficiency from the solar system, what role the inverter DC input current plays in it, and is vital to your choice of the inverter brand?

One of the main challenges a PV developer faces when designing a PV system is making the right decisions about the DC/AC ratio of their solar system. It is crucial to know how to choose the right ratio and which factors you need to take into account.

In a photovoltaic system, with the development and maturity of technology, the module and inverter capacity ratio (DC/AC) is constantly changing, and is no longer 1:1. Due to light conditions, installation angle, wire losses and other factors, the efficiency of the photovoltaic panels cannot reach 100%, most of the time they may only output 70% of the rated power. Even if the weather is very good it can only reach 90% of the rated power, the inverter power cannot be fully utilized, some of the power will be wasted. So in many countries, the solar panel power will exceed the power of inverter by 20% or 30%.

One may be curious about what DC/AC ratio is. To put it simply, photovoltaic systems have two very important elements, one is photovoltaic modules, which convert solar energy into direct current and the other is inverters that converts the direct current input from the solar panels into alternating current.

When considering how to design a photovoltaic system, you need to think about two questions:

Usually we will use STC power as a standard for calculation and is a peak power of photovoltaic modules under standard test conditions (irradiance of 1000W/m2, battery temperature of 25°C), or called “nominal power”. Then we should choose the number of panels that can be installed according to the roof area, and at this time you can roughly get a total power value of power generation. Take Jinko 415W as an example, 415W*10 = 4150watt. Then 4.15/1.13≈3.67, so we can choose a machine around 3.6KW. Then there are some factors that may affect the efficiency of the generation. 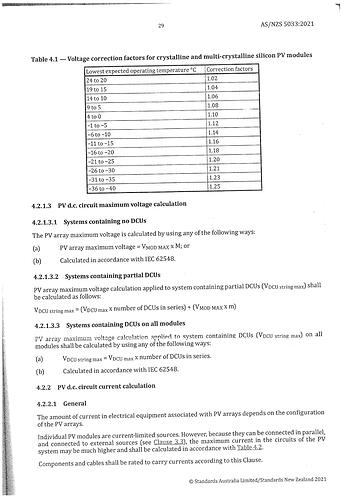 The maximum current that can be allowed to pass through the DC cable.

When the Voltage is stable, the resistance and current are inversely proportional.

Firstly, let’s dive into the spec of some well-known panels. i.e. Jinko 415:

You may notice there are two types of specification standards, STC and NOCT. All these specifications are measured in two different conditions which are instituted by the IEC institute(IEC61215,IEC61730). 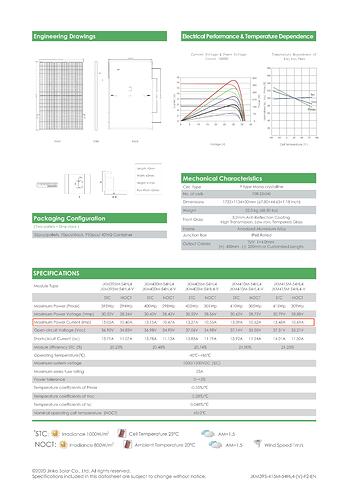 One of these parameters is called:

So let’s take a look at some mainstream brands now, such as Sungrow, Goodwe, Huawei, Fronius. Whether single-phase or three-phase grid-connected machines, the maximum DC input current is between 11-13A. We can see above that Jinko 415 Imp is 13.48A, so to a certain extent it will cause a loss and waste of electric energy. 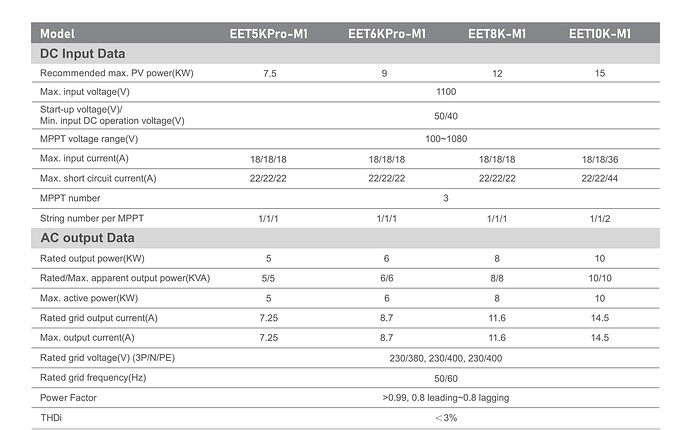 Therefore, it is particularly important to choose an inverter that can adapt to the advanced module in 5-10 years.