Which brand is the best solar inverter？

Best solar inverter review, which brand is the best solar inverter？
Like a human heart, a solar inverter has to work relentlessly or the whole system will stall. No doubt it is worth making some extra effort to pick the right model to ensure your system’s longevity. Read on to discover all the different types of solar inverters and learn how to make the right choice.

Solar inverters convert the DC current generated by your photovoltaic system into AC current. This step is a necessary because most household appliances operate an AC current. Solar inverters play a vital role by capturing and communing the energy from the sun.

It is important to note that the conversion of DC to AC current is not the only function of solar inverters. Many advanced models also act as the brains of the system. They monitor and analyze the performance of different parts of the photovoltaic systems, including photovoltaic panels, batteries and even electric car chargers. This allows users to reduce costs, improve efficiency, and expedite problem detection and maintenance.

The solar inverter is the most vulnerable part of your solar system. If any other device fails,
Such as a battery or charge controller, the system will likely continue to generate electricity. However, if the inverter stops working, the entire solar system will become unusable, even if all other components are functioning properly.

If you want to set up a photovoltaic system, and avoid extra cost, using the net meter can help you to get your investment back sooner. For this reason, a traditional string inverter is the best choice, particularly in areas with no shading or frequent blackouts.

The two most important parameters to consider when selecting an on-grid inverter are DC input and AC input. First, it is recommended that the max PV power is about twice the rated power. The DC input voltage of single-phase inverters is typically up to 600V, and three-phase is up to 1100V. String inverters should take in to account the condition of local rooftop’s when being used in applications. In some sparsely populated developed countries, the rooftop area is large and has at least three orientations or more. Under these conditions there are at least two requirements for inverters. The first is the local absolute maximum and minimum temperature and the VOC of photovoltaic panels to calculate the numbers of Photovoltaic panels for the inverter’s MPPT to enter the working state. The wider the range the better it is. 80-580V is the most efficient range. The second is the MPPTs and the numbers of strings per MPPT. The lager the number the better it is. This allows the inverter to adapt to complicated rooftops.

There are two currents that we need to pay close attention to, Maximum input current and maximum short circuit current. DC input current determines how much electrical energy the inverters can capture which will be convert to AC electricity. In some areas with sufficient sunlight, the irradiance that photovoltaic panels receive from sunlight can greatly exceed the SOC standard, resulting in greater Imp and VOC than the SOC or NOCT standard. This condition is very common in places with sufficient sunlight during the daytime. If the inverter’s maximum DC input current is 14A, a significant amount of electrical energy will be wasted. The maximum short circuit current also needs to be taken into consideration. Some countries have standards which need to be met, such as 1.25*PV Panel Isc≤PCE（Inverter）DC input Isc. If the inverters are not in compliance with the standard, the inverters may not be allowed to be installed.

The parameters mentioned previously are the advantages we want. Now let’s focus on the AC output and what we should pay attention to.

On the AC side, we need to check the rated power and maximum power that can be outputted. Generally, the ratio is 1:1, meaning if your inverter can generate 6kw per hour, the AC output will also be 6kw per hour.

However, it is important to note that we cannot always fully output all the electrical energy we generate due to losses in the middle process. There are many details to pay attention on the AC side output. The voltage and frequency of the AC side will be set to be adjustable, but there are some countries where there is a certain voltage instability. High and low AC side voltage and different frequency conversion will challenge the installation and debugging of the inverters. If the inverter does not have a button screen, it can be difficult for installers to adjust and maintain it, which can be a waste of labor costs.

Thus, the quality of the AC output terminal is crucial. Although it can withstand UV radiation, high temperature, and humidity, it can still perform well under high voltage pressure, which is the sign of good quality.

Someone might ask how to distinguish which inverter is better than others even if the parameters look the same.

This is the purpose of this article, as having many inverters can be overwhelming to choose from. In actual cases, we found Each Energy’s inverters not only have sleek appearance, but also have the most convenient installation process, with a LCD screen and four buttons to achieve adjustment.

Super low start up voltage and shut down voltage can save lots of time for commissioning and testing. On the DC side and AC side, Each Energy has exceptional performance.

Those who bought it with a try mentality have become fans. The max DC input current is 18A, the max short circuit current is 22A, MPPT voltage range is 80-580 for single-phase, 100-1080V for three-phase. 3 pies of photovoltaic panels will start up the inverter. Multi MPPTs, mostly 2+2 or 2+2+2, can be suitable to different types of rooftops, saving your cost and improving your return on your investment. The AC output voltage can be adjusted to 180-300V, compatible with grids of most countries across the world. Additionally, the AC output voltage as low as 75V and as high as 350V, super low limit and high limit which shows its high quality! 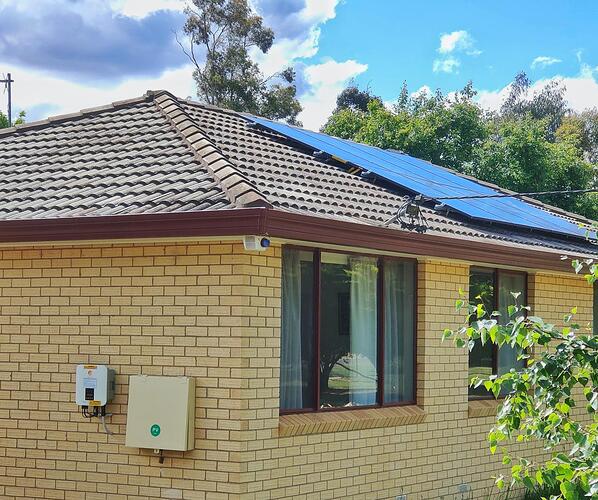 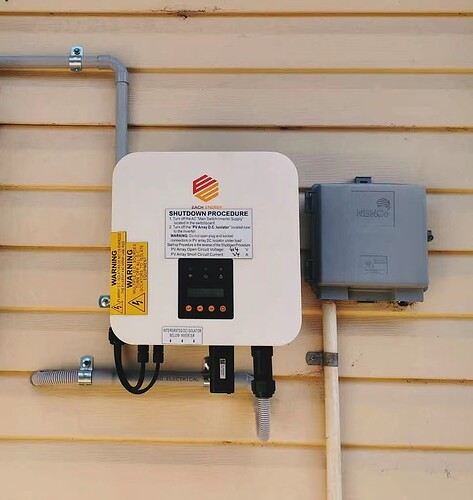 Of course, understandably the thing most consumers are concerned about is the price, and you may assume that such a perfect inverter would be expensive. On the contrary, Each Energy’s inverter is reasonably priced and comes with a 10-year warranty, making it the most cost-effective brand of inverters on the market.